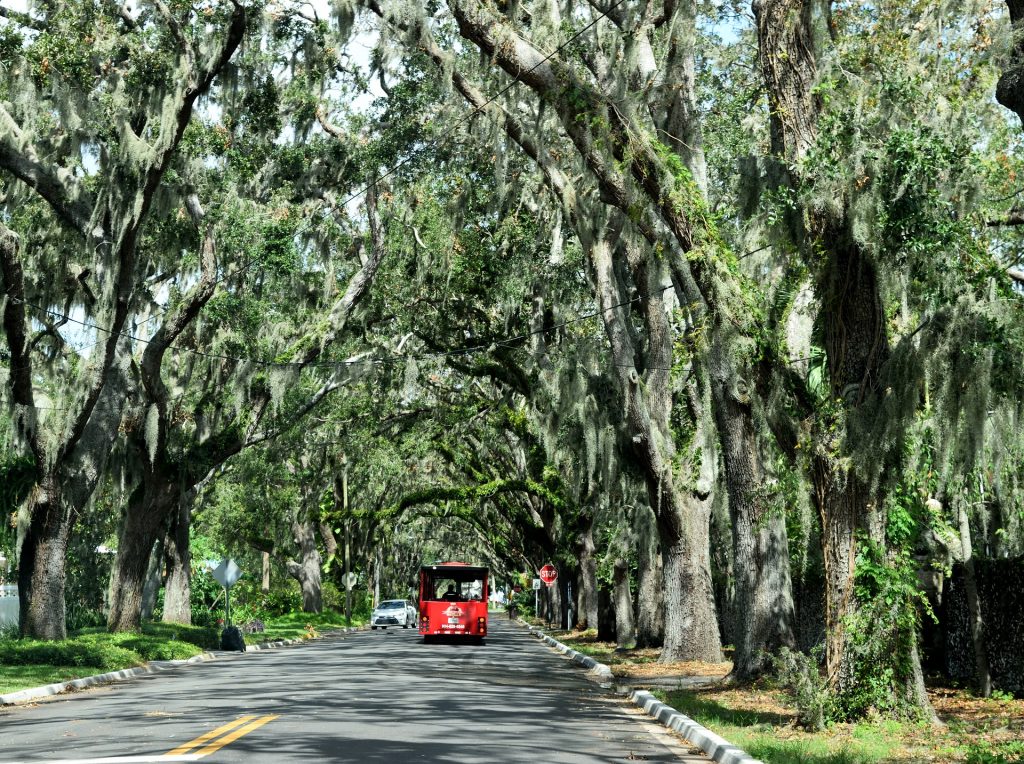 There have been houses in St Augustine Florida, since 1565. There’s no question that it’s the “Nation’s Oldest City”. And those in the know will tell you it’s one of the most haunted.

Visitors have been arriving there since Henry Flagler built the railroad in the 19th century. Some settled in the town, falling in love with the ambiance, the rich history, the lovely beaches and all the other things that make it so attractive. Once you start hearing the stories, you may come to believe that a few of those early residents are still around in some form – making their presence known through all sorts of shenanigans and paranormal manifestations.

Yes, some of the stately older homes St. Augustine, Florida has long been known for, along with many well-known landmarks and attractions, have established themselves over the years as destinations for those seeking to investigate the world of spirits, apparitions and things that go “bump” in the night. How about you? Up for a little…(cue dramatic music) ghosthunting?

Constructed in 1874 to replace the original structure built two hundred years earlier by Spanish settlers, the St. Augustine Lighthouse has been silent witness to countless tragic accidents and deaths. Many say that young girls who drowned nearby remain in the area and sometimes play on the swings outside, and the faces of long-departed children have been seen in the windows. TV’s popular “Ghost Hunters” show recorded an apparition believed to be a former lighthouse keeper.

At the Casablanca Inn, it’s not unusual to see a light shining brightly from one particular window. It’s the one a previous owner used to signal bootleggers she’d befriended that the coast was clear. But of course, she died long ago. And no one else is there holding a lantern. Unexplained sounds and a feeling that there’s someone else in the room add to the mystery.

Castillo de San Marcos, long known as “the old fort”, was the site of many bloody battles. Present-day visitors to its dungeon have reported becoming physically ill, getting goosebumps or feeling a cold wind. It’s not uncommon for people to capture ghostlike images, odd lights, unusual mists, and orbs in videos and photographs. Some have even spotted a uniformed soldier looking out at the ocean when the sun is either rising or setting. On nights when the weather is stormy, a light in the watchtower can be seen shining brightly, despite the fact that there’s no source of power for it.

The Old Jail is widely considered to be the most haunted single piece of St. Augustine, Florida real estate. It housed both male and female criminals in one of the most inhumane environments imaginable. Countless inmates died there, both by execution and as a result of the horrific living conditions. You’re likely to hear disembodied voices, moaning, shouting, and even footsteps. Spirits appear in various places, and people claim to have been pushed or tripped by a ghost in one of the women’s cells.

Located just across from the Old City Gate, the Huguenot Cemetery opened in 1821. It holds about 436 bodies and is reputed to be a hotbed of paranormal activity. Witnesses swear they’ve seen the late Judge John B. Stickney, once a popular man in the city, walking around or sitting under a tree. Others who have chosen to haunt the cemetery include a young girl who – like many of its other inhabitants – died from yellow fever.

Taking one of the daily historical tours at Flagler College, you’re likely to hear mention of Ponce de Leon Hall, said to have been the residence of Henry Flagler’s mistress. No one will stay in the room because of the eerie and uneasy feeling it generates. Visitors have heard what sounds like a woman crying, as well as other odd noises.

When you enter the Spanish Military Hospital, don’t be alarmed by the unnerving sensation that a sad, heavy presence surrounds you. The building sits on a Timucuan burial ground. Oh, and it’s worth mentioning that you also may experience moans, screams and cries, misty sightings of patients in hospital gowns and the outlines of bodies lying on beds when no one’s there.

Other local places where ghostly activity has been reported include the Casa Monica Hotel, the Casa de la Paz and the very scary house at 26 Toque Place.

There are many excellent guided tours available that will take you to the city’s spookiest places. For more details, search “St. Augustine Ghost Tours” online.

At Artisan Homes, we build quality custom houses in St. Augustine, Florida. We can’t equip yours with a ghost, but we can promise to guide you through every step of the construction process, making it as easy and stress-free as possible.

Even in the “Nation’s Oldest City”, the Artisan custom homes St. Augustine, Florida, has to offer are as modern as tomorrow. We’re a collaboration of local builders and developers dedicated to helping you bring your dreams to life.

If you’re looking at St. Augustine FL real estate, let us show you the many benefits of “The Artisan Difference”.

Stay informed on Artisan Homes’ newest opportunities to build in communities throughout Northeast Florida as well as the latest move-in ready homes. Fill out the form below to connect with us!